A Ph.D. student from the University Ca’ Foscari in Venice has made an astonishing discovery. While visiting a monastery/museum on the island of San Lazzaro degli Armeni, Vittoria Dall’Armellina recognized one of the small blades on display as being far older than the medieval period it was believed to represent. The weapon is actually much older — at 5,000 years old, it’s one of the earliest bronze age swords ever found.

Prior to the discovery of metal smelting, weapons were constructed from stone, bone, or wood. Humans figured out how to make stone hand axes by at least 1.5 million years ago and the earliest examples of a hafted axe date to ~6000 BC. Daggers appear before swords do in the archaeological record, for a variety of reasons. A long-bladed weapon is much more difficult to smith than a short one: Bronze isn’t a very stiff metal, and a long blade of bronze is more prone to bending than the equivalent length of iron.
https://www.extremetech.com/extreme/307899-5000-year-old-sword-discovered-in-venetian-monastery 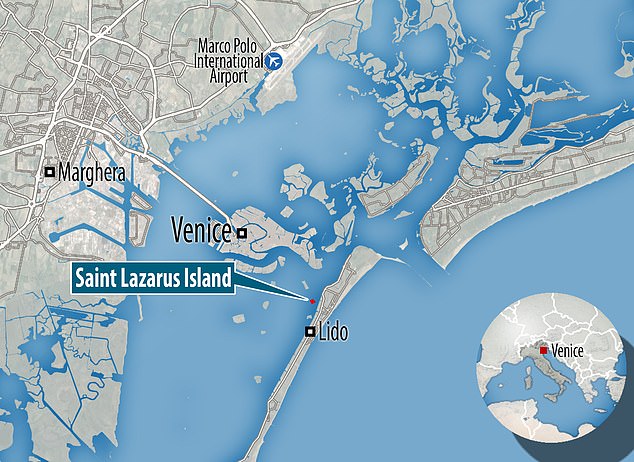 Vittoria Dall’Armellina at Università Ca' Foscari in Venice saw the sword in a small cabinet surrounded by medieval items at the Mekhitarist Monastery on the Saint Lazarus Island in the Venetian Lagoon.

The weapon caught the eye of Dall’Armellina, whose master’s degree and PhD included a study on the origin and evolution of swords in the Ancient Near East.

She thought the weapon she had spotted didn’t look like a medieval artefact, but a much older sword, similar to those she had already encountered in her studies.

It looked similar to those found in the Royal Palace of Arslantepe in modern-day eastern Turkey, which would put its date to 5,000 years ago and make it one of the oldest swords in the world.

PhD student Vittoria Dall’Armellina with Father Serafino Jamourlian, a friar who contributed to the study

But contrary to some Arslantepe specimens, the sword is not decorated, and has no visible inscriptions, embellishments or distinctive features.

Strong resemblance to the twin swords of Arslantepe, as well as information about its metallic composition, allowed experts to determine that the sword dates back to around the end of 4th and the beginning of the 3rd century BC.

Arslantepe swords are considered the oldest type of sword in the world.

The Saint Lazarus Island sword turned out to be made of arsenical bronze, an alloy frequently used before the widespread diffusion of bronze. 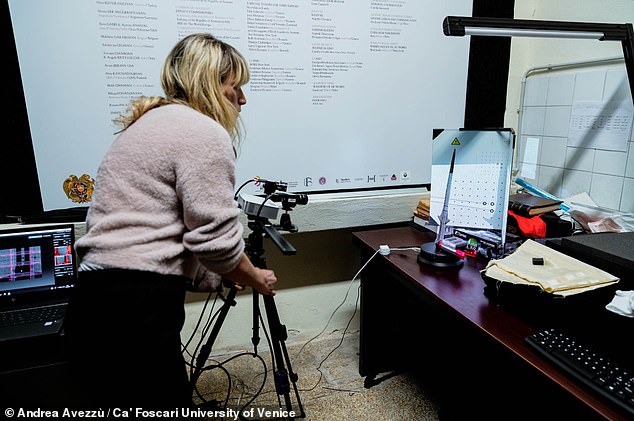 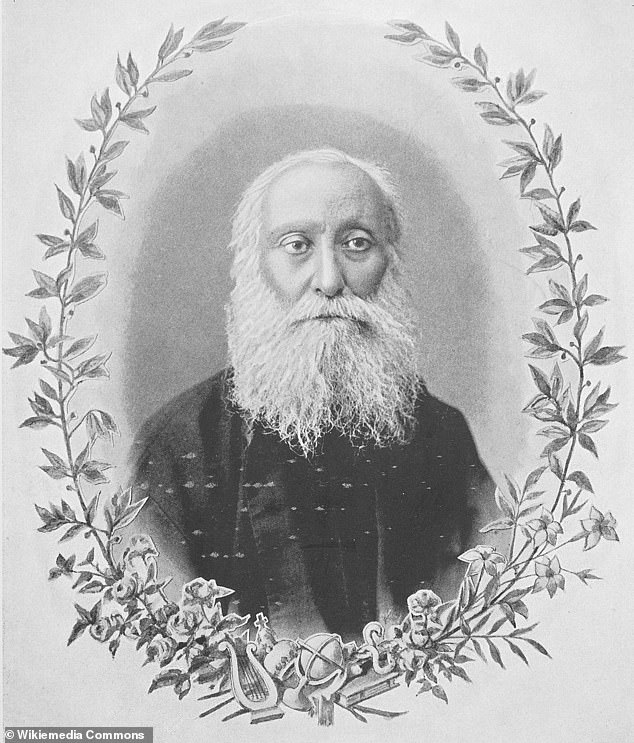 Portrait of Father Ghevont Alishan published in Alishan's 1901 book 'Hayabadoom' - which means 'Armenian history'. Ghevond Alishan, a famous poet, writer, Mekhitarist monk, and zealous archeology scholar, died in Venice in 1901 and was gifted the sword before his death

This is due to an envelope containing a worn-out slip of paper that came with the sword.

The note on the paper, written in Armenian, talks about a donation to Father Ghevond Alishan, a famous poet and writer who died in Venice in 1901.

Ghevond Alishan, who was a friend of English art critic John Ruskin, was born in Constantinople – now Istanbul – and travelled to Venice before his death.

Further studies are being done on the weapon, the history of which is still 'shrouded with mystery'.

WHAT IS THE HISTORY OF ARSLANTEPE?
Arslantepe, meaning 'hill of lions', is surrounded by the Orduzu village and had a thriving population from the 6th millennium BC.

Its geographical position in eastern Turkey meant that it experienced both Roman and Byzantine influence.

This blend has led historians to credit Arslantepe for forging hierarcical societies, the first centralised political and economic systems and the origin of bureaucracy.

In the 1st millennium BC, it became the capital of the Hittite empire which ruled Anatolia - modern day Turkey, Syria and Lebanon.

Nine metal swords found in the ruins of Arslantepe have also led historians to believe that the ancient city was the first place the weapons were ever used.

Sethrak, though it appears you've stopped, I'll still remind you not to spam threads, even your own.  A couple longer posts might have been better.  Thanks.  --Ainnir

Location
Deeper into the Shadows

I was, briefly, a student in a reconstruction of the style of Fiore dei Liberi. Swords and Italy. A beautiful combination.

Brilko said:
I was, briefly, a student in a reconstruction of the style of Fiore dei Liberi. Swords and Italy. A beautiful combination.
Click to expand...

Spaghetti and meatballs is better.

Greetings Brother Brilko ~ I did fence for some years ~ while I have Foil, sabre and Epee ~ we used only Foil ```

Thank you for dropping by and posting ~ I found this site ```

video is of the style written in the title ``` 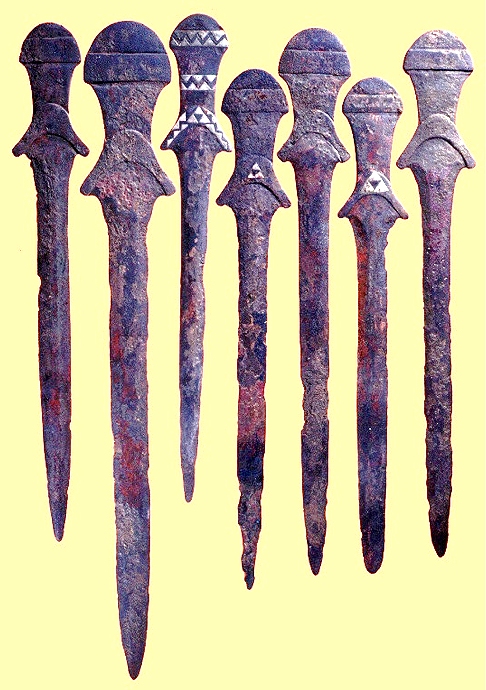 Location
Deeper into the Shadows

We were mainly training longsword but also some dagger and buckler.

...It's dangerous to go alone