Storefront church in Hill District is Orthodox yet unconventional

Father Abernathy is a U.S. Army veteran of the Iraq War and a convert to Orthodoxy. He drew on his own experience recovering from post-traumatic stress to create FOCUS Pittsburgh, seeking to help the Hill District and other neighborhoods respond to the community-wide trauma of violent crime, poverty and inequality. [...]

Father Abernathy, 39, with close-cropped hair and a short goatee, speaks in a voice that mingles a military-like crispness with a pastoral warmth.

“This is a very deep expression of the Orthodox faith in action,” Father Abernathy added.  “Even our approach to community development is heavily informed by our experience of the Eucharist,” a quest to bring wholeness and holiness to the world. [...]

Many of the staff and volunteers have professional training in their fields.

“We have taken the knowledge of the world, we baptize it and use it in service to God,” he said.

For the first few years, he and a small group would ride by van to liturgy at St. George in Bridgeville.

That happened in 2016 with the launch of St. Moses the Black Church, after Father Abernathy had married and was later ordained. He and his wife, Kristina, have a 16-month-old son. [...]

“There are people coming here mentally ill, homeless, people whose kids got killed or shot,” she said. “There’s a lot going on here beyond getting free clothes.” 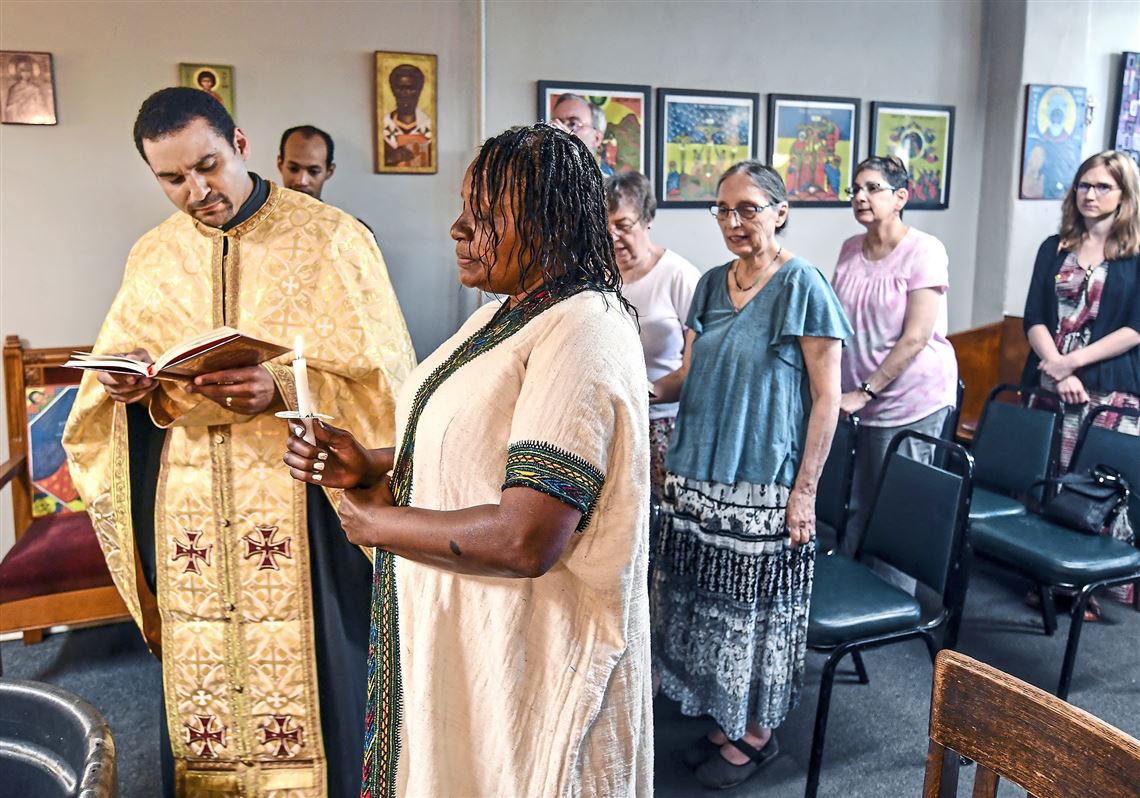 May the Lord bless this ministry.

Back when I was a student in that city about 10-20 years ago, there was a nice but near dead old St Michael's OCA church on the edge of that Hill District and downtown. It was a kind if semi abandoned part of the neighborhood except for residences. At the time, the OCA priest in the South Side was talking about buying properties around there and turning it into a complex that would care for people like the poor as well as gave a church or chapel. At the time, the idea of Orthodoxy expanding into that area felt like pie in the sky.

May the Lord bless this ministry and all the people helped by it.

hecma925 said:
May the Lord bless this ministry.
Click to expand...