What is everyone reading?

Asteriktos said:
Fear the Borg!    Seriously though, I remember reading a few books by him before I became Orthodox... something like "Meeting Jesus Again for the First Time" and something else. I disagreed with him, even then, but I thought his heart was in the right place. *shrugs*
Click to expand...

Yes, I remember having the same impression of sincerity from him. I really do believe he is sincere. I think his research into historical/critical biblical scholarship messed him up pretty bad, and he is reaching for a way to hold it all together, to somehow save Christianity from what damage has been irreparably done through modern scholarship. I was sympathetic to his positions as I encountered them, and for a time even bought into some of them. Then Orthodoxy found me, and now I just feel sorry for him. Maybe I should read some of his books and then try to write him a letter potentially exposing him to Orthodoxy. Do you think that is a totally ridiculous idea?

I think it's a good idea, though I suppose different people have different levels of how happy they'd be in being engaged in that way. He struck me as an affable sort of fellow, though, so I'd say, why not? What's the worst that can happen?
F

Scripture in Tradition: The Bible and Its Interpretation in the Orthodox Church

And all the stuff I am forever reading over and over.

The official racing program at Turf Paradise in Phoenix, AZ ("Every Day's a Winner!").

theistgal said:
The official racing program at Turf Paradise in Phoenix, AZ ("Every Day's a Winner!").
Click to expand... 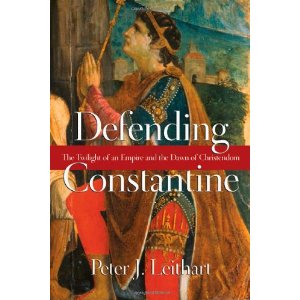 
I just got it today! I might say something about it in a few days. ...or a few weeks.

As if all of this weren't enough, Leithart saves the best for last. He argues brilliantly that what Constantine actually did was to "desacrifice" Rome in order to establish it upon the true sacrifice of Jesus Christ. Constantine enacted a "baptism" out of the world of Rome, and so he eliminated the competing Roman sacrifices: those associated with senatorial decisions, military victories, and the emperor. Instead, it was the sacrifice of Jesus Christ that became the founding sacrifice of the new city, the eschatological city. As with our individual baptisms, the consistent and holy implications of this baptism of the Empire would have to be worked out, imperfectly, in history.

"Through Constantine, Rome was baptized into a world without animal sacrifice and officially recognized the true sacrificial city, the one community that does offer a foretaste of the final kingdom."
Click to expand...

Architecture in Communion: Implementing the Second Vatican Council Through Liturgy and Architecture

Has anyone read this book? I am thinking about ordering it on amazon.com
The Last Superstition: A Refutation of the New Atheism -Edward Feser

God Made Man and Man Made God by Archbishop Chrysostomos

How to Think Straight, by Antony Flew

The Great Expectations by Charles Dickens.

Fatal Purity: Robespierre and the French Revolution by Ruth Scurr.

Just finished Daniel Hannan's The New Road to Serfdom: A Letter of Warning to America.

Dostoevsky's Demons.  How very Orthodoxcentric of me.

The Existence of God (Second Edition), by Richard Swinburne

A geeky anthropologist studying hardcore bodybuilders up close, and then sharing all their deepest, darkest secrets (with a healthy dose of psychoanalysis thrown in)... what could possibly go wrong?

My favorite book by Dickens. Then again, it's the only book that I like by him. Anyway...  8)

I'm looking forward to this one, which just came out:

"The Sign of the Cross: the Gesture, the Mystery, the History," by Andreas Andreopoulos

It's published by Paraclete Press. I think I'll be getting a copy.

The Teachings of the Church Fathers, compiled by John R. Willis, S.J.

A collection of patristic quotes on various subjects, from the sacraments to the gospels to the bible, church and tradition. I skimmed through it and read a good bit of it last year, but wanted to revisit certain of the passages.
S

Charcuterie - the craft of salting, smoking and curing - M. Rhulman
And
The Return of the King - J.R.R. Tollkien

The Craft of Theology: From Symbol to System -Avery Dulles, S.J

Athens and Jerusalem: The Role of Philosophy in Theology - Jack A. Bonsor 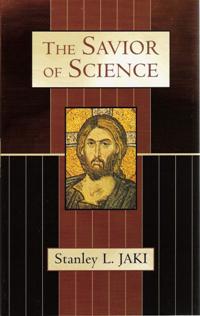 Pumping Iron: The Art and Sport of Bodybuilding, by Charles Gains and George Butler

I've been a long time fan of the movie, so I figured it was about time I read the book. It's a quite interesting look into the subculture as it existed in the early 70's, especially when considering how much things have changed (and have now even begun to swing back the other direction again, IMO).

The God of Faith and Reason - Robert Sokolowski

The Shape of Catholic History of Theology: An Introduction to it Sources, Principles, and History -Aidan Nichols 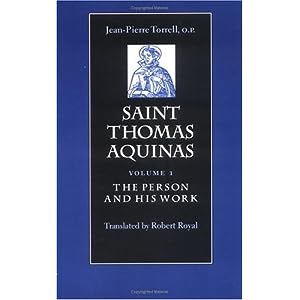 The Devil's Delusion - Atheism and its Scientific Pretensions, by David Berlinski